Brice utilized several “outside the box” approaches to provide substantial cost savings to the client and minimize construction impacts to the community of Kotzebue. During the course of construction, human remains were discovered in the borrow source, prompting a substantial response from Brice, ADOT, State and Federal regulatory agencies while continuing to move the project forward.

Prior to the start of construction in the fall of 2013, Brice planned and permitted a barge channel and landing directly on the project site. This mitigated impacts to the community by keeping the existing barge landing available to local operators during the extremely short barging season. Approximately 80,000 tons of aggregate products were delivered via the new barge landing, eliminating 90 barge loads and over 5,000 dump truck loads traveling directly through Kotzebue.

No suitable existing borrow source existed in Kotzebue to construct the embankment for the runway safety area expansions. Brice permitted and developed a source on airport property that provided the owner with substantial cost and schedule savings while again minimizing traffic through town. The Isaac Lake Material Site is located to the south of runway 18-36, less than two miles from the main runway.

During development of the ILMS, human remains were discovered within the excavation. Brice contracted SWCA to provide archaeological monitoring on the site and worked with the owner, FAA, SHPO, the elders and Native Village of Kotzebue to develop a recovery and preservation plan that allowed the project to continue. Engaging the elders early in the discovery of the remains provided a clear path forward for the project while documenting and preserving the culturally sensitive remains. Regulatory approval was expedited by this collaboration. A senior ADOT official commented that it was a “miracle” that the Brice / owner project team was able to keep the project moving and maintain the paving and substantial completion schedule without going to claim.

In addition to the challenges presented by the ILMS remains discovery and recovery, the project was tested by ever changing designs and inconsistent locations of existing underground utilities. Brice on-site engineers worked hand in hand with the owner to continually modify the design of the project using GPS survey technology, CAD drafting and machine control. Changes included moving a taxiway, realignment of electrical conduit and pull boxes, shifting of the runway thresholds and relocation of navigational aids. The project was paved and substantially complete late fall 2014. 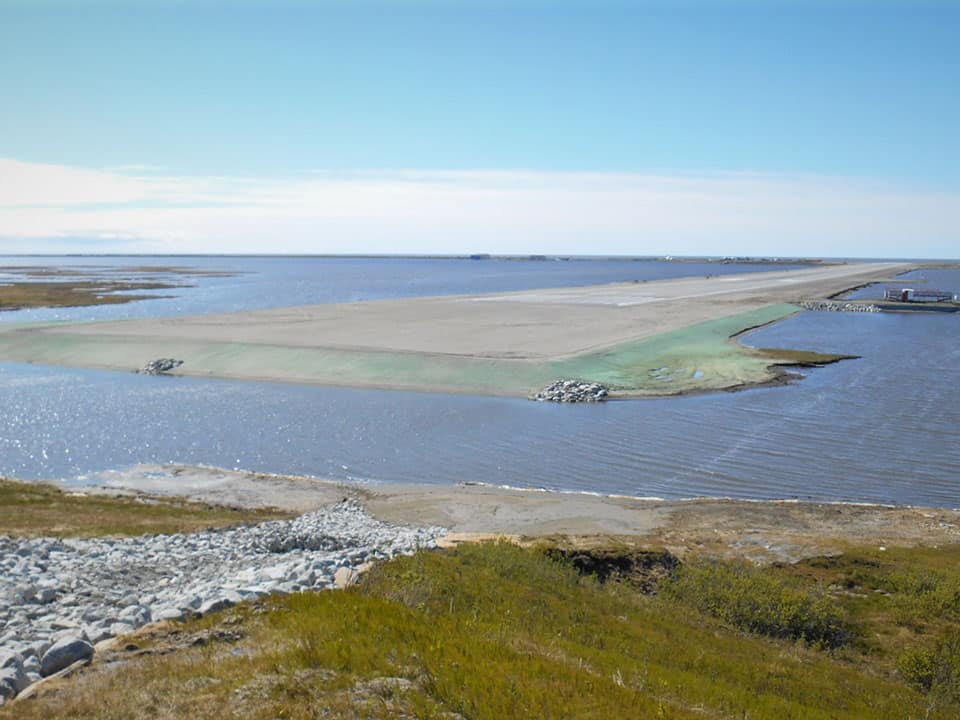